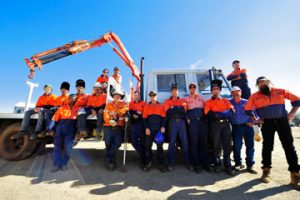 This visa is a permanent residence visa for skilled workers who want to work in regional Australia. It allows them to work in Australia under one of three streams:

An individual might be able to get this visa if they:

If the individual is older than 50 years of age, they can still apply for this visa if they:

More information on these exemptions is in Classes of persons (Exempt from the Age Criteria).

The individual can show that their English is adequate by providing the following evidence at the time of application:

They might not need to show adequate English skills if they:

More information on these exemptions is in Classes of persons (Exempt from the English Criteria).

The following people can be included in the individuals visa application at the time of lodgement:

The application must include documentary evidence of their relationship.

Members of the family unit must be able to show that they meet health and character requirements.

The individual and their family must comply with all visa conditions and Australian laws.

Their visa might get cancelled if they do not make a genuine effort to begin employment with their employer within six months of:

The visa might also be canceled if they begin employment but do not remain in the position for the full two years.

If this happens, they will have a chance to explain, in writing, why their visa should not be canceled.