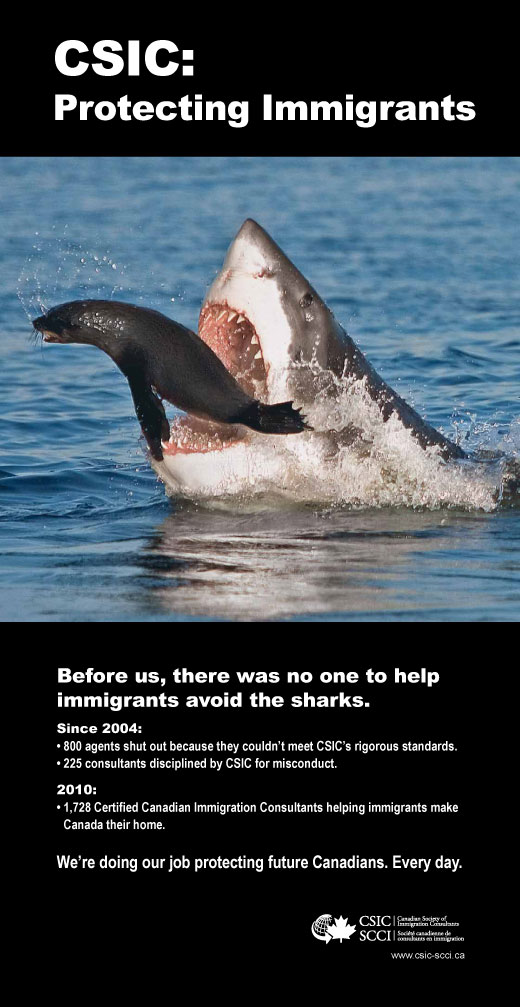 Who are Ghost Agents?

Ghost agents prey on innocent often vulnerable people by falsely representing themselves as immigration consultants. Ghost agents give a bad name to legitimate immigration consultants. They are unscrupulous individuals who prey on consumers through the provision of unregulated, sub-standard immigration services. They are individual who charges fees without having any knowledge about Canadian Immigration system. They do not take any responsibility of any error or omission in the application. They charge the same amount as the licensed consultants charge but the quality and knowledge is totally compromised.

The Citizenship and Immigration Canada does not recognize or deal with non-authorized representatives who charge a fee for their service. However such unauthorized or ghost agents have found a way to evade this rule by remaining hidden away in the background, never disclosing their name to Canadian authorities. For the unsuspecting client such ghost agents are easy to recognize, as they will be unwilling to disclose their name or their company”s name to Canadian authorities as the client”s legal representative.

Rather, they will most often insist that the client present the application as if they are self-represented. Therefore, if you have been told by an agent that your application will be filed under your name, be cautious – you may well be dealing with an unauthorized or ghost agent.

It must be kept in mind that even the best of lawyers or CSIC members cannot help all who wish to migrate to Canada as some people simply will not qualify. Where this is the case, a scrupulous representative should decline to accept the case. Nevertheless an interested party can be persistent and sometimes may even offer to provide fabricated information or documents to overcome deficiencies which render them ineligible for migration. Be extremely cautious of any such agent who is prepared to go along with such a proposal. It is an offence under Canadian law to misrepresent facts and/or to use fraudulent documents to gain entry to Canada. Along with the agent, you too will have to face the consequences because if it is revealed in the future that you misrepresented or used fraudulent documents, you can – and very likely would – be stripped of your permanent residence status and / or citizenship in Canada.

How do you know who is genuine?

Do your home work. Check the credentials of the person or company you wish to hire. Websites of representatives should have information about their credentials. You may also visit the websites of their professional regulatory bodies to ensure that the representative you are thinking of hiring is still a genuine member in good standing. Finally ask to speak to your representative and clarify all areas that are not clear to you before signing any retainer agreement. Remember, it pays to know who you are dealing with. The wrong agent could cost you money and the opportunity to better your future and that of your family.

Who are Authorised Immigration Consultants?

Canadian Society of Immigration Consultants (CSIC) was created to protect consumers of immigration consulting services by holding its members to high educational and ethical standards. While CSIC has worked diligently to hold its members to account, it does not have the authority to regulate the non-members who hold themselves to be consultants, known as ghost agents. CSIC has taken action on ghost agents by warning consumers about ghost agents in national ad campaigns and making it easier for consumers to find competent help with a toll-free referral service.

The Canadian Society of Immigration Consultants is the professional regulatory body for Certified Canadian Immigration Consultants formed under the guidance of Government of Canada. CSIC”s mandate is to protect consumers/clients of immigration consulting services. Consequently, it is responsible for ensuring the education, competency testing and the discipline of its members. CSIC also requires its members to carry errors and omissions insurance and to contribute to a compensation fund. Please visit CSIC’s website given on our homepage. You can also reach CSIC via CSIC”s toll free referral line, 1-877-311-7926.

However, CSIC has clearly stipulated that the agents can work with the Authorized Representative and their work will be monitored by the licensed member.

Unless the “Consultant” you are dealing with is a CSIC member, you are not likely to receive the most up-to-date legal advice or professional and accountable service. Only those who are trained and authorized possess the skills and legal expertise that it takes to assess a client”s situation and advise a client of the migration options that are best suited and cost-effective to him.

Ethical practices and codes of conduct:

CSIC members are governed by ethical rules and codes of conduct, and are answerable to their regulatory body which oversee compliance with these rules.