The Former Resident visa (subclass 151) allows an individual to live in Australia as a permanent resident if they:

This visa is a permanent visa.

An individual might be able to get this visa if they meet:

If they are in Australia when they apply, they must hold a current substantive visa or apply for this visa within 12 months of their substantive visa expiring. The last visa the individual held must not have been a Transit visa (subclass 771).

It is recommend that an individual should only apply for this visa if they believe they are likely to be successful. If their application is refused or withdrawn, they will not be refunded the cost of the visa application.

What this visa allows for:

The Former Resident visa allows an individual to stay in Australia indefinitely as an Australian permanent resident. It is a permanent visa with a travel facility that lets them travel to and from Australia for up to five years from the date it is granted. Once the travel facility expires they will need to apply for, and be granted, another permanent visa if they want to leave Australia and return as a permanent resident. The individual can include their partner and dependent family members in the application if they meet the requirements.

An individual can apply for this visa when they are in or outside Australia:

To meet the long residence requirement for this visa the individual must:

Proof of their close business, cultural or personal ties with Australia could include: 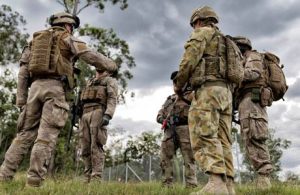 One of the following conditions must apply for the individual to meet the defence service requirement for this visa:

Service in the Australian Defence Force means that the individual served in one of the following forces:

Breaking News New EE Draw Issues 5500 ITAs Again For the first time in the history of the Express Entry draws, IRCC did not proceed with its...