It allows them to remain lawful in Australia until a final decision is made on their new substantive visa application. A substantive visa is any visa which is not a bridging visa or a criminal justice visa or an enforcement visa. A BVC does not allow a person to return to Australia if they leave.

An individual can apply separately for a BVC after they have applied for a substantive visa in Australia if:

Further criteria must be satisfied for the BVC to be granted.

What this visa allows for?

A BVC allows an individual to remain lawfully in Australia until a decision is made on their substantive visa application.

An individual must comply with any conditions on their BVC when it is in effect.

Why is the bridging visa required? 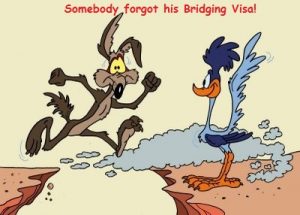 Tech- Jobs Canada 2020 Are you a tech skilled worker looking for a job in Canada? If yes, then Canada needs you!   The technical job se...